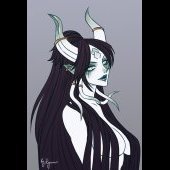 [Storyline Event] The Fall of the Razorbranch

By Elle, February 19 in Notice Boards